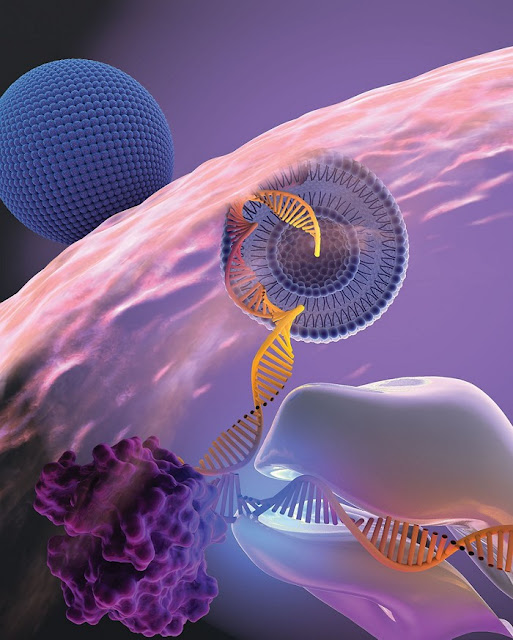 Several biotech companies use lipid nanoparticles (top) to shuttle mRNA (orange-yellow) into cells, where the

Can mRNA disrupt the drug industry?

Messenger RNA technology promises to turn our bodies into medicine-making factories. But first Moderna—and a long list of old and new competitors—needs to overcome some major scientific challenges

On a brisk morning in April, dozens of investors filed into a Marriott hotel conference hall in Kendall Square, the biotech hub of Cambridge, Mass., for the first Moderna Therapeutics platform science day. They gathered hoping to get a rare, inside look at the science behind what the start-up had long claimed to be a disruptive drug platform: carefully designed molecules called messenger RNA that prompt the body to make its own medicine. The concept has attracted billions in funding, but the company had largely kept details of how the technique works under wraps.“Why are we so passionate about messenger RNA?” Moderna President Stephen Hoge asked the attentive audience. “It starts with the question of life,” he explained. “And in fact, all life that we know flows through messenger RNA. ... In our language, mRNA is the software of life.”

Used by all living things to make proteins, messenger RNA is one of the least explored frontiers of drug discovery. Moderna Therapeutics, and an increasing number of similarly well-funded biotech firms, is built on the promise that mRNA can be turned into a powerful treatment for genetic diseases, cancer, infectious diseases, and more. But turning mRNA into a drug is far from trivial, and companies have kept their technology largely under wraps. Now, Moderna is offering a glimpse of its massive research engine. Read on to learn how researchers are trying to move mRNA out of the lab and into the clinic.﻿ 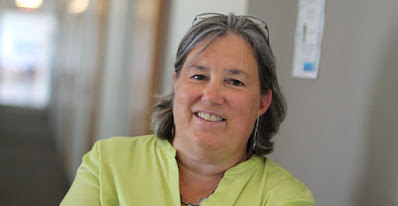