What Happens When a Bad-Tempered, Distractible Doofus Runs an Empire?

By Miranda Carter
June 6, 2018, The New Yorker
One of the few things that Kaiser Wilhelm II, who ruled Germany from 1888 to 1918, had a talent for was causing outrage. A particular specialty was insulting other monarchs. He called the diminutive King Victor Emmanuel III of Italy “the dwarf” in front of the king’s own entourage. He called Prince (later Tsar) Ferdinand, of Bulgaria, “Fernando naso,” on account of his beaky nose, and spread rumors that he was a hermaphrodite. Since Wilhelm was notably indiscreet, people always knew what he was saying behind their backs. Ferdinand had his revenge. After a visit to Germany, in 1909, during which the Kaiser slapped him on the bottom in public and then refused to apologize, Ferdinand awarded a valuable arms contract that had been promised to the Germans to a French company instead. 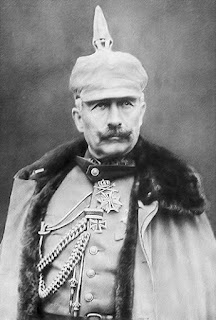